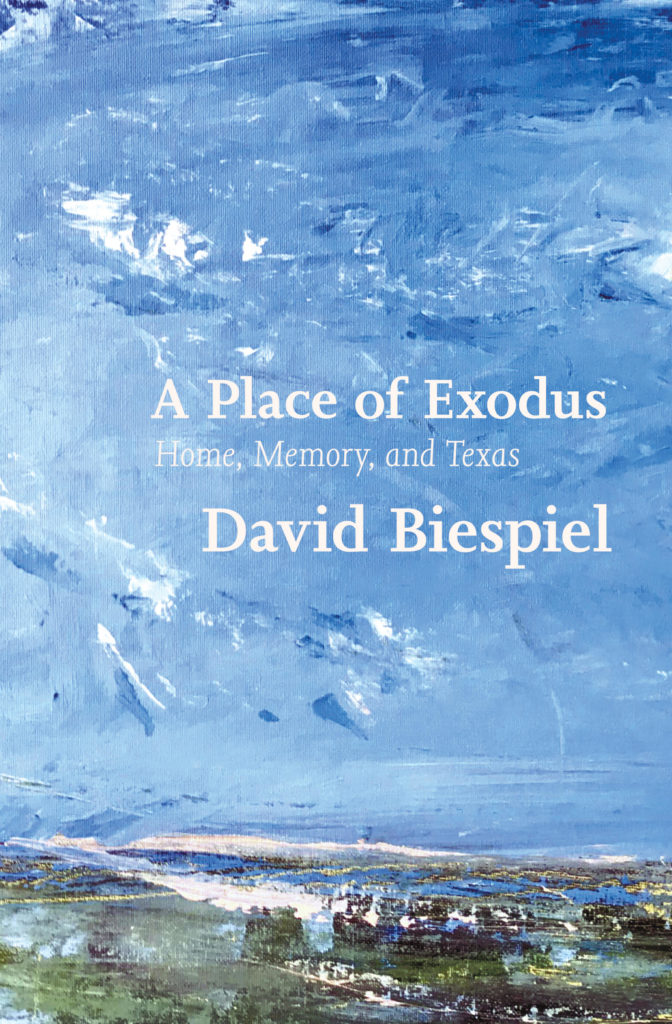 A Place of Exodus is not only a memoir, but an essential companion for anyone who has journeyed far—and equally those who have stayed close to the unresolvable paradoxes of home, the aches of time and heart none of us can escape.

More Praise for A Place of Exodus:

“In his prose, as in his poetry, David Biespiel heeds the highest calling: he assumes responsibility for life’s desire to witness its progress. He opens himself completely and becomes a conduit for language to address language, for the self, whatever it may be, to know the self. A meditation on Judaism, a surprising history of Texas, a memoir of a unique and enriching childhood, A Place of Exodus finally becomes a testament to the honest imagination, a sort of sacred text.”

“In A Place of Exodus, David Biespiel embarks on a search not for resolution, reprieve, or spiritual repatriation but for the very scent of an era, its ancient and communal dramas, its generational and theological forces. Because Biespiel is Jewish (though admittedly “retired”) he is compelled to remember.  Because he is a storyteller, he caresses the complex characters and places of his past. And finally, because he is a poet, he makes it all sing – gorgeously.”

“David Biespiel vividly recreates his unlikely Jewish upbringing in Houston, Texas, and movingly tells the story of how he moved away from the dictates and certainties of his childhood religion. He raises large questions about the meaning of home and the nature of exile, which is why A Place of Exodus is such a keen reckoning. It is even a sort of homecoming.”

Advance copies for sale now from publisher, to be shipped after August 15, 2020. 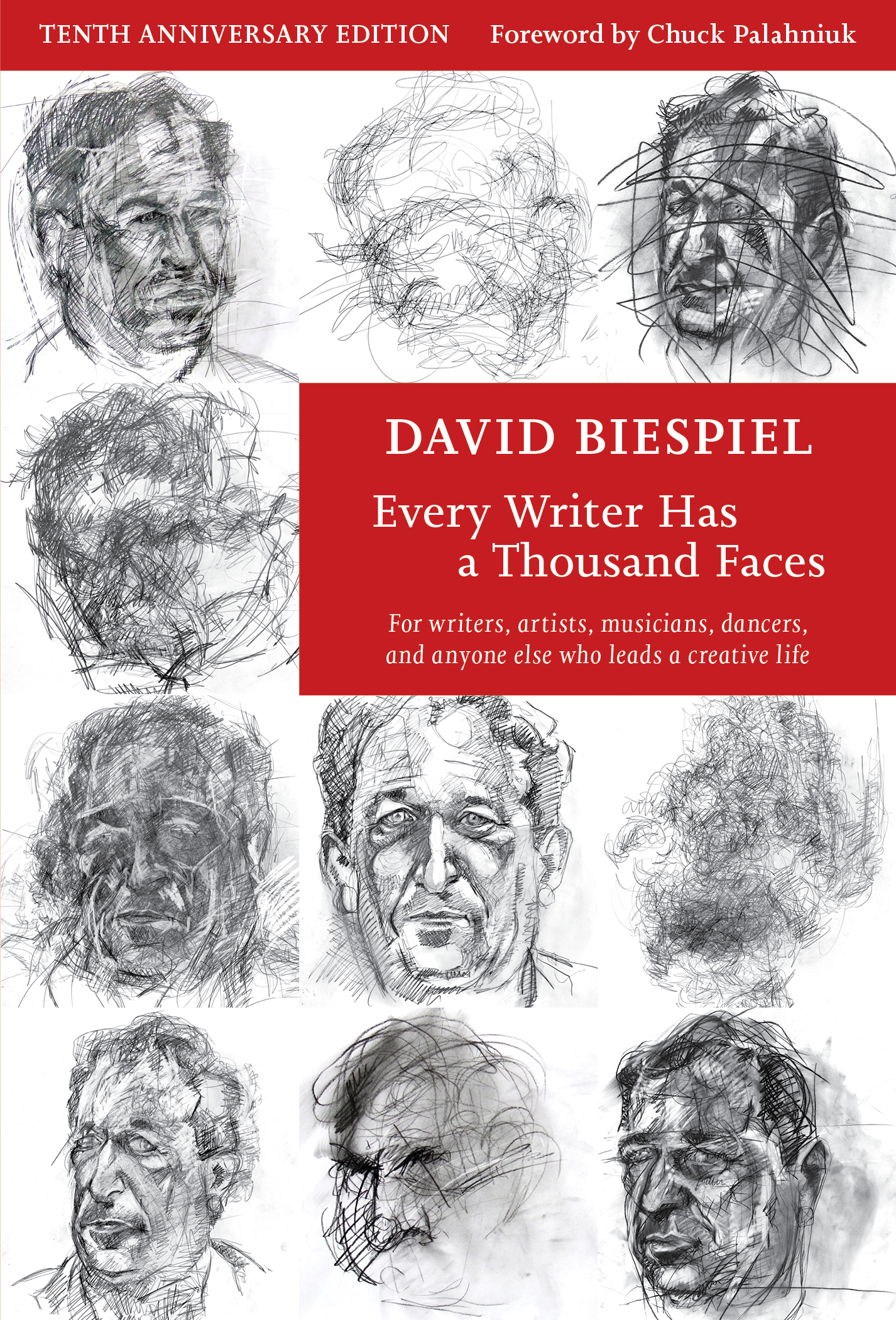 Every Writer Has a Thousand Faces:

For writers, artists, musicians, dancers, and anyone else who leads a creative life

Here is the classic book, re-issued for its tenth anniversary with a new Foreword by novelist Chuck Palahniuk.

This book cracks open the creative process and invites readers to take a fresh look at the mysterious pathways of the imagination. Acclaimed poet and critic David Biespiel candidly tracks his own development as a writer and challenges traditional assumptions about writing that can stifle creativity. The liberating message:

Working past the brink of failure—being free to try and discard and try again—is what allows the creative process to playfully flourish, keeping the spirit open to unexpected discoveries. 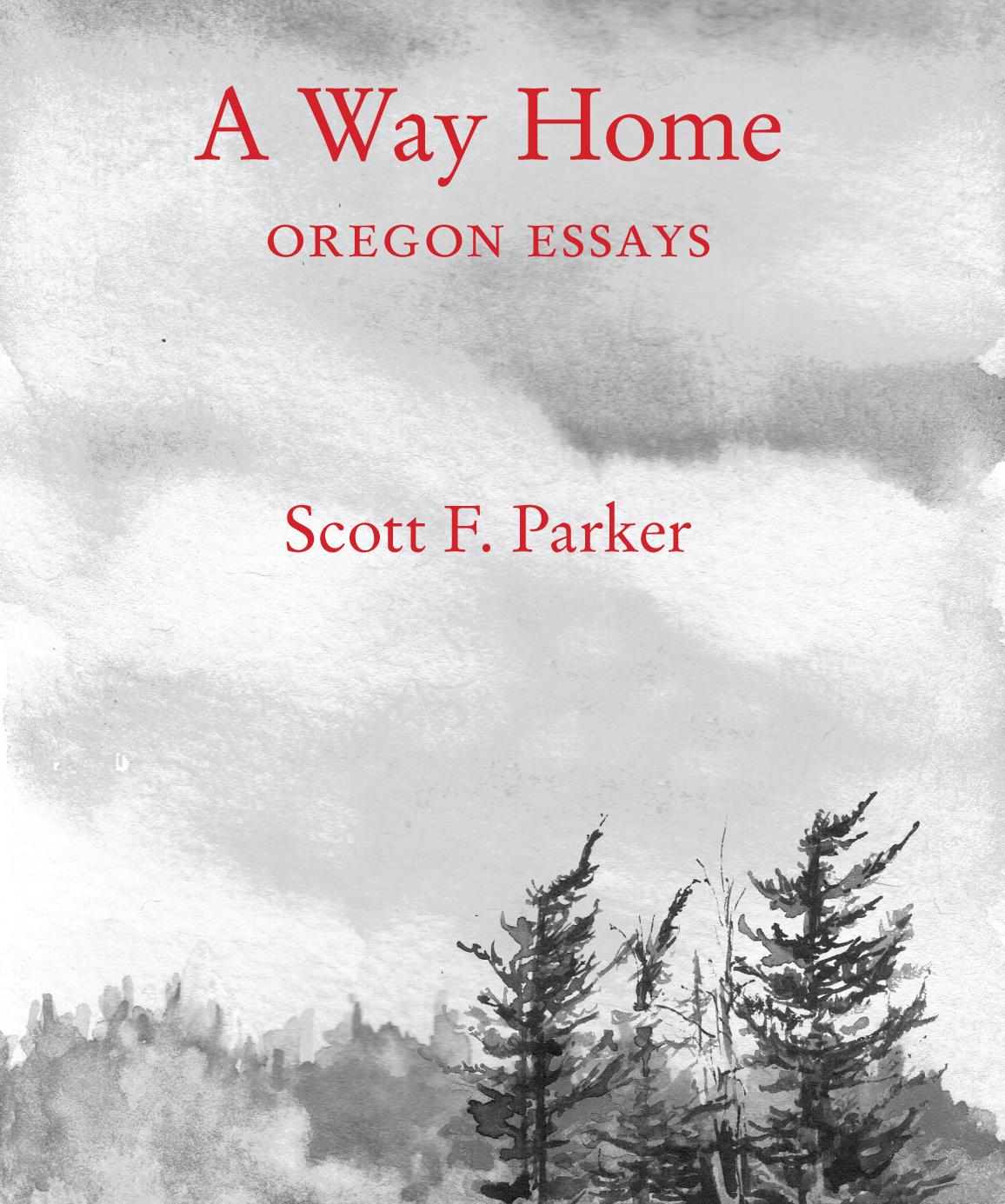 If the Japanese poet Basho took a walk on a West Coast beach… If Lao Tzu were your hiking buddy… This book might be the result. What is it that draws us to love our places, our moments? What is this longing, what is this beauty? Is it real? Or is it just a trick of nostalgia?

A Way Home is a love letter to Oregon and an ode to living in the present moment. Living for several years in Minnesota, Scott Parker finds himself longing for the Oregon of his youth. He explores this longing by returning to his home state both over the course several visits and through the unfolding of memory, to find out what he is capable of understanding about time, home, and himself. The temptation of nostalgia is regarded from many angles – rueful, ironic, yet always still beckoning. Its antidote: being present in the actual moment, with its paradoxes and mixed blessings. Parker’s passion for his subject is apparent, and his meditations prove him to be a nimble and penetrating thinker on absence and presence.

Advance praise for A Way Home

“Scott Parker has done something wonderfully fresh in this memoir/essay. . . . reminiscent of the great searching essayists.”

“A deft and valuable journey, not ‘nostalgic’ (he takes on that literary sin with élan) but gripping in a fully contemporary voice.”

— Patricia Hampl, author of The Art of the Wasted Day

“By turns exuberant, philosophical, and optimistic, Parker writes lyrically about place. Braided closely together are his probes of humankind in nature and his own drive to find himself. Who says you can’t come home again? Of course you can.”

— Robin Cody, author of Ricochet River and Voyage of a Summer Sun

Come Shining: Essays and Poems on Writing in a Dark Time

Advance praise for Come Shining: Essays and Poems on Writing in a Dark Time

“This book gives citizens of a dark time a glittering crown of light—testimony, resonant questions, stories of engagement with confusion, and songs of restoration. Following an introduction by David Oates setting the book’s offerings in the tradition of deep thinkers from Hannah Arendt to Adrienne Rich, Come Shining delivers one articulate companion after another in our mutual pilgrimage toward a new way to be a community, a nation, and a world. These are not feel-good reassurances; they are sustaining reports of struggle, inquiry, and vision—a book for the backpack of a traveler toward our better destiny.”

— Kim Stafford, author of The Flavor of Unity: Post-Election Poems

“Come Shining lays bare all that we have felt but not often spoken since fall of 2016. It’s as if the lid was lifted off the deepest well and all the griefs came rushing out—political, civic, literary, familial, spiritual. What gratitude I feel toward these writers who have the stamina and presence of mind to call out to us as we wander this dark and uncertain path. It reminds us we are not so alone.“

“We write in hope” proclaims David Oates, publisher and contributor to this soulful collection of poetry and prose that seeks to reclaim public space and citizenship through the “commons” of reading and writing. The authors write words that are raw and true to emotion and pain – but also to life, hope, and beauty. In times of despair, Come Shining affirms the “true word” as an act of resistance. 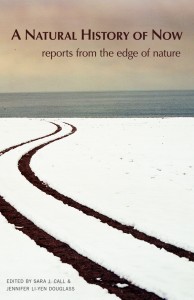 A Natural History of Now: Reports from the Edge of Nature

A collection of new nature writing that challenges the genre — edgy, humane, deeply implicated in the dying world that is renewing itself around us daily. From the University of Montana’s Environmental Writing Program and writers from all over the US.

Advance praise for A Natural History of Now 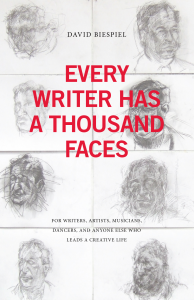 And from nationally-recognized poet and columnist David Biespiel

Every Writer Has a Thousand Faces: for writers, artists, musicians, dancers, & anyone else who leads a creative life 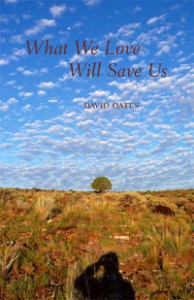 What We Love Will Save Us

What We Love Will Save Us offers moments of transcendence and hope, told in personal essays that are tender and funny, searching and human. This book is about keeping faith and experiencing darkness: There’s a random dangerous rightness abroad in this wide shining world. It’s a rightness, not a correctness.  We don’t need so much to counter other people’s errors as to bring the light and joy of that right and beautiful world:  what we desire for our planet and ourselves. What we are doing instead of hating and denying and bombing. Our job is to work on what we love. Daily. With precision and determination. David Oates finds wildness and grace breaking out in unexpected places – from city streets to mountain peaks – offering a crucial balance to his dramatically personal account of what it has been like to be a “citizen of the regime” during eight years of unprecedented propaganda, torture, waste, and war. What is the right response, when the government that belongs to us goes seriously off course? How does a person’s private and creative life relate to the life we share in common? Brief and beautifully intense lyrical essays explore hope, pleasure, and creativity (and the outrage that must never be allowed to eclipse them).  Readable, memorable, smart but straight from the heart – these essays give voice to our shared experience of a dark and frustrating time in the nation’s life. They should find a wide audience.

Advance praise for What We Love Will Save Us

“Personal honesty, humor, zinger endings. . . This is a stirring, creative collection of essays stoked with ideas, some of them urgently of our time and place, some timeless. People with regard for language will reread passages for their genuinely beautiful writing. I got a lump in my throat (and had to take a walk) after I read the final six words: ‘Brief lists, perseverance, and long vistas.’ AMEN. A mantra for our century.”

“There is a tightly wound lyricism to these very American essays, crafted out of bumps and bruises and sheer joys.  David Oates is a writer companion you’ll want to have as you hike across this beleaguered planet – testy on the switchbacks but more than congenial around the fire; at the end of the day, he always chooses the best campsite.”

— Paul J. Willis, author of Bright Shoots of Everlastingness: Essays on Faith and the American Wild